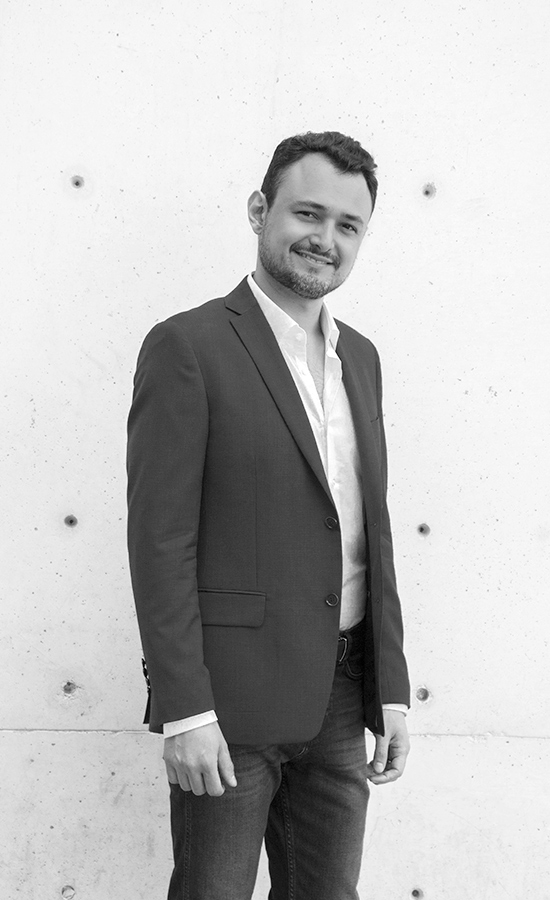 He was born in Mexico and studied at The Curtis Institute of Music continuing his studies as a resident artist at the Academy of Vocal Arts in Philadelphia. He received the Plácido Domingo Scholarship from SIVAM (Sociedad International de Valores de Arte Mexicano), among his many other awards such as the Carlo Morelli Singing Competition, Giargiari Competition, and Mario Lanza. He was also a finalist in Maestro Domingo’s Operalia World Competition held in Verona in 2013.

He made his debut at the Metropolitan Opera House in 2016. His concerts have included cities such as Berlin, Moscow, New York, and Miami as well as the Palacio de Bellas Artes in Mexico City.

Highlights of the 2019/20 season include covering Des Grieux in Manon for the MET, his house debut as Arturo in Lucia di Lammermoor with Monte Carlo Opera and Lensky in Eugene Onegin for Luzerner Theater.