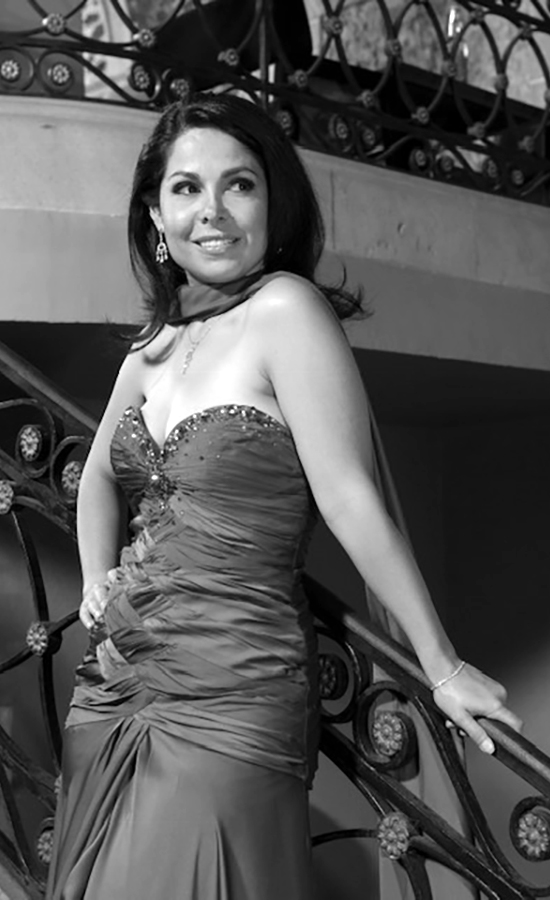 Rebeca Olvera was born in Puebla, Mexico. She studied at the Conservatorio Nacional de Música in Mexico City and made her operatic debut in 2004 with the role of Marie in Donizetti’s La Fille du Régiment at the Palacio de Bellas Artes. In 2006, she won the audience prize at the international Hans-Gabor Belvedere Competition in Vienna. Since 2007 she has been a member of the ensemble at the Zürich Opera. Olvera has performed in Denmark, Ireland, France, Germany, and Switzerland, among other countries.

She has worked with conductors such as Hengelbrock, Weikert, Fedoseyev, Christie, Minkowski, Santi, Fischer, Luisi, Fasolis, Welser-Möst, Haïm, and De Marchi, and has shared the stage with great singers like Javier Camarena, Cecilia Bartoli, Rolando Villazón and Plácido Domingo.

Her 2019/2020 season includes her role-debut of Komtesse Stasi in a new production of Die Csardasfürstin in Zurich.